Is a Restraint of Trade Agreement Enforceable in Times Of Covid

Covid 19 has changed the world and the way we see and do business.  In light of these dramatic events over the past 12 months, is it still fair to enforce a restraint of trade on a former employee?

Requirements for the enforcement of a restraint of trade agreement:

In South African law this issue was decided in the case of Magna Alloys and Research SA (Pty) Ltd v Ellis .

Public policy requires that a) a person should be held to their contractual obligations and b) that individuals should have a freedom to trade or work – thus these two conflicting policy considerations must be weighed against each other on a case-by-case basis to determine whether a particular restraint of trade agreement is unreasonable and thus unenforceable.

Oomph Out of Home Media (Pty) Limited v Brien and another :

Recently the High Court of South Africa, in Johannesburg, was faced with the question: is it reasonable to enforce a restraint of trade agreement in light of the effects of Covid 19?

Background: in this case the employee (Brien) had been in the employment of the employer (Oomph) for approximately 5 years and had subsequently become a director and shareholder of Oomph.

He resigned during February 2020 prior to the Covid 19 lockdown and taken up employment with Provantage (Pty) Ltd, the second respondent.  It is interesting to note that Brien had resigned and was not dismissed from his employment.

Although Brien had resigned it was established by Brien that Oomph was indebted to Brien in excess of R1.2 million for unpaid salaries.  Thus, the Court was of the view that Brien had no option but to resign due to unpaid salaries.

Furthermore, the Court, in assessing the principles laid down in the Magna Alloys case held that the circumstances prevailing at the time the enforcement of compliance with the restraint of trade is sought, cannot be ignored or overlooked in light of the Covid 19 pandemic.  In this regard the Court held that to enforce a restraint of trade in light of the devastating effects of the Covid 19 pandemic, is unreasonable and contrary to public policy and constitutional values.

Thus, the application was dismissed and the restraint of trade unenforceable. 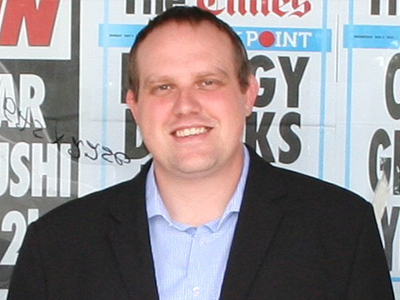 
Is Expropriation Without Compensation a Reality?

Historically, expropriation always has been an important tool in the toolbox of the State to enable it to carry out public projects. However, it is an invasive power, which the law must regard vigilantly. As a result, the new Expropriation Bill must be scrutinized with due care and diligence.

Of course, any conversation about conferring invasive powers to the State is difficult to have in South Africa at the moment. With one eye always watching in breathless anticipation what will be revealed next in the Judicial Commission of Inquiry into allegations of State Capture, we are having these conversations with a trust deficit.

But that does not mean that we must throw the Expropriation Bill out with the bathwater. For one, because corruption and State Capture do not happen in terms of legislation. The Expropriation Bill attempts to set out state powers and curb them, which requires us to instead focus on ensuring that it provides citizens with enough tools to hold the State accountable when expropriating.

So the Bill is an attempt to ensure that there are clear and fair steps. Civil servants who conduct expropriation will not be allowed to make and break as they please. Their powers are limited by law. For example, any expropriation must be done for a public purpose or in the public interest, which purpose must be carefully set out in legislation enabling the expropriation. And also, the requirement to pay compensation, which is still a requirement, and based on the draft amendment to section 25 of the Constitution, remains a requirement (albeit clarifying that such compensation may be R nil/zero).

This might seem confusing, but in short, R nil/Zero compensation is not “without compensation”. “Semantics!”, the owner receiving R nil/zero may say. True, but important semantics. Because R nil/zero still implies an obligation to pay compensation and justify why “just and equitable” compensation, in a particular case, lands on R nil/zero. And this obligation is integral for expropriation.

Is it true that any property can be expropriated? Yes. But this has been the case for the past 25 years, so the Bill does not add anything new. But again, the requirement that it must be for a public purpose or in the public interest is a critical check on this power. For instance, if the State wants to expropriate land to build a road, the authority to expropriate will be in, for e.g. the Road’s Act. When the property is expropriated for that purpose, the government cannot transfer the property to a politically connected individual. What we lack in this regard in land reform is a comprehensive legislative instrument for land redistribution.

There is some confusion on how this links in with the process of amending section 25 of the Constitution. The current mandate of the Ad Hoc Committee to Initiate and Introduce Legislation amending Section 25 of Constitution, an ad hoc committee of parliament  tasked with introducing legislation amending section 25 of the Constitution, is to “make explicit what is implicit” in the Constitution (section 25). In my opinion what is implicit in section 25 is that just and equitable compensation can be in certain circumstances, after weighing up the interests of those affected and the public interest, and the weighing up of factors, be little or no compensation.. But making explicit what is implicit (apart from it being the work of legislation) clarifies the legal position rather than a change in the legal position, which means that it should not impact the Bill.

But politics is messy and unpredictable, so this may change.

Should we fear this Bill? No. While not perfect, it is good. It has been coming since 2013, and it has been through various NEDLAC (National Economic Development and Labour Council) processes. Issues were debated, refined, and many changes were effected to the Bill. For instance, the request that the State must first try and negotiate with an owner before commencing with expropriation, which was inserted in the Bill.

The way forward now? The Bill must go to the National Council of Provinces for deliberations and possibly public participation before being voted into law with a 51% majority in the National Assembly.
Then, to ensure that it gets properly implemented, within the State acting within the confines of the then Act and Constitution.

The Bill is no silver bullet to solve all the woes of land reform. In fact, it plays a minimal role – as only one tool for acquisition – and we are still not left the better with clear and coherent policy direction in land reform or a comprehensive Redistribution Act (but there are promises that it is on the way).

Likewise, it is not one of the final steps in the State grabbing your pension, your home, and your car, just before this wonderfully delicious country of ours fall into the abyss of soviet-style communism, as is forwarded as the big fear in South Africa today.

The most significant risk is that the State acts outside the confines of the law. And that is not a problem that a single legislative instrument can fix.

Follow Up : Can You Claim Against Your Insurer for Losses Suffered as a Result Of Covid-19?

Last year, we wrote an article on the decision by the Western Cape High Court (“WCHC”) in the case of Café Chameleon (“CC”) v Guardrisk (5736/2020) [2020] ZWACHC 65 in which it was held that that Guardrisk was liable to indemnify CC for its losses sustained as a result of the national lockdown which was imposed by Government due to the COVID – 19 Pandemic.

That decision was taken on appeal to the Supreme Court of Appeal (“SCA”) by Guardrisk and in December 2020, the SCA dismissed Guardrisk’s appeal with the SCA upholding the WCHC’s decision.

The Case
CC operates a restaurant business in Cape Town. Its business suffered a loss of income caused by the Government instituting a national lockdown in response to the COVID-19 pandemic outbreak.

CC had an insurance policy with Guardrisk which indemnified it against loss from business interruption due to “notifiable diseases”. In summary, CC argued that the policy covered it for the losses sustained as a result of the lockdown and Guardrisk argued that the indemnity, in terms of the policy, did not extend to the circumstances of the case.

In coming to its decision, the SCA considered several issues such as (1) whether the insured peril included a governmental response to COVID-19; (2) Whether the policy covered the COVID-19 pandemic; (3) Causation; (4) Similar cases in the UK regarding business interruption during the COVID - 19 pandemic; and (5) The “trends” clause in the policy; amongst other issues.

Without detailing the SCA’s ruling in detail regarding to the above, the SCA concluded that the central question in the appeal was whether the lockdown imposed by Government in response to multiple outbreaks of a “notifiable disease” (i.e. the COVID-19 pandemic) was covered by the infectious disease clause in the policy. The question was ultimately answered in favour of CC with the SCA referring to a case in the UK of Financial Conduct Authority v Arch Insurance (UK) Ltd & Others [2020] EWHC 2448 (Comm) as well as two other recent judgments of the Western Cape High Court, namely Ma – Afrika Hotels & Another v Santam Limited [2020] ZAWCHC 160 (which Santam has taken on appeal) and Interfax (Pty) Ltd & Another v Old Mutual [2020] ZAWCHC 166, which cases were both ultimately held to be in favour of the insured.

We have not dealt with each of the issues mentioned above in detail in this article, however the full SCA judgement can be downloaded below for those clients who are interested in the detailed judgment and reasoning of the SCA in coming to its decision. 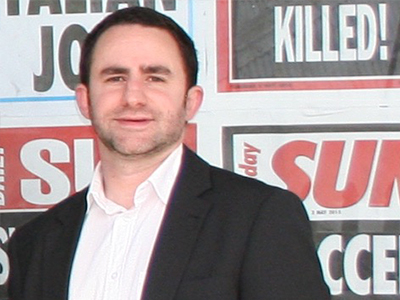 Expanding Our Skill Set During Lockdown

Although 2020 was a difficult year for everyone, our professional staff at SLKB Attorneys did not sit idle during this time and successfully completed a number of courses in order to broaden their expert services: